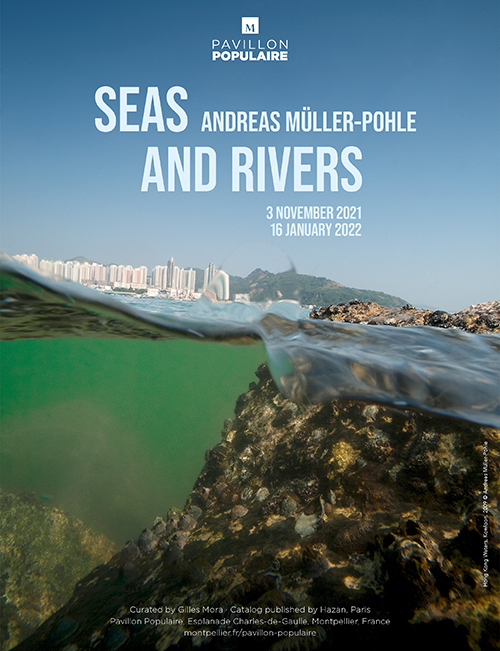 Tour of the exhibition with Gilles Mora and Andreas Müller-Pohle (15:41 min)

“The exhibition in Bialystok provides the first overview of Müller-Pohle’s video works, beginning with the overwhelming Entropia (1996), a forceful ‘iconoclastic’ response to the decline of analog photography, executed by a huge industrial shredder. After further video works that reflect on the historical role of photography and the emerging digital age (Hiroshima, Araki at Work, Yumiko), Müller-Pohle turns to a new major topic, water, which he explores through the mediums of photography, video, and sound: The extensive Danube River Project (2005–2006) follows the entire course of the river in its cultural and ecological aspects, while the subsequent Hong Kong Waters (2009–2010) portrays the omnipresent waterscapes of the Asian megametropolis in hitherto unseen views. More recently, Müller-Pohle has turned to a new project cycle, again comprising photography, video and sound, entitled Studies on Traffic (2013–2021), in which he records patterns of movement in different parts of the world, portraying our civilization as a complex universe of interconnected anomalies that resist to be captured in a synchronized moment.” – Pavel Vančát 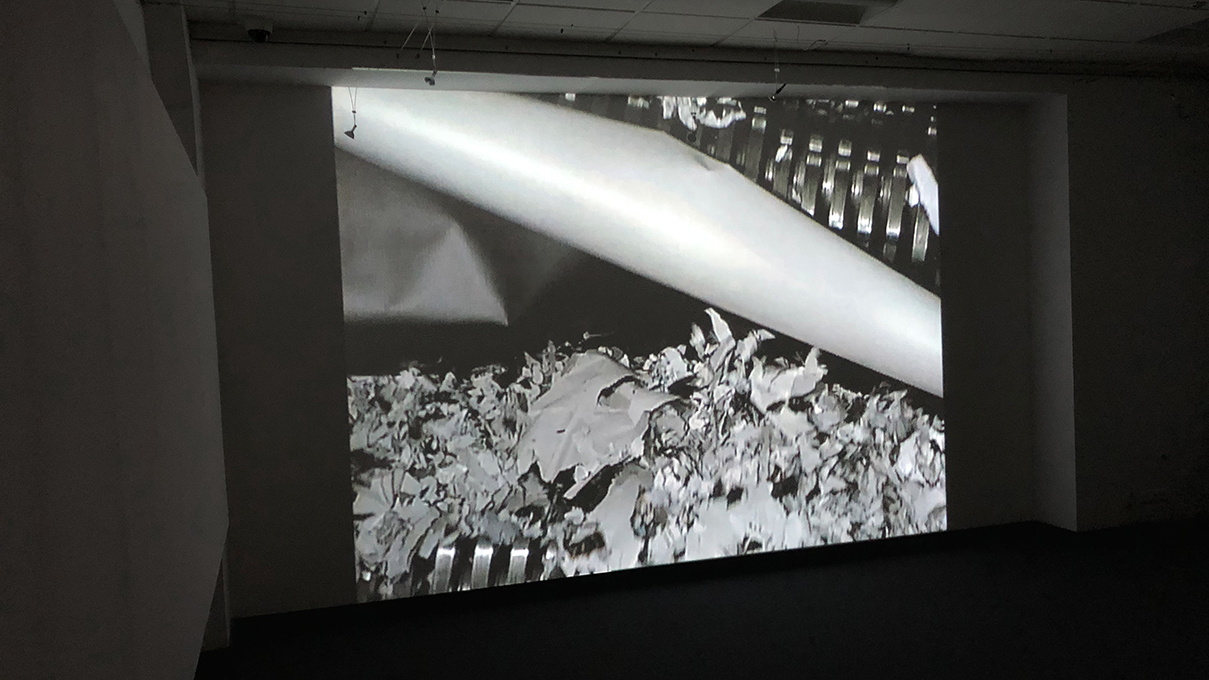 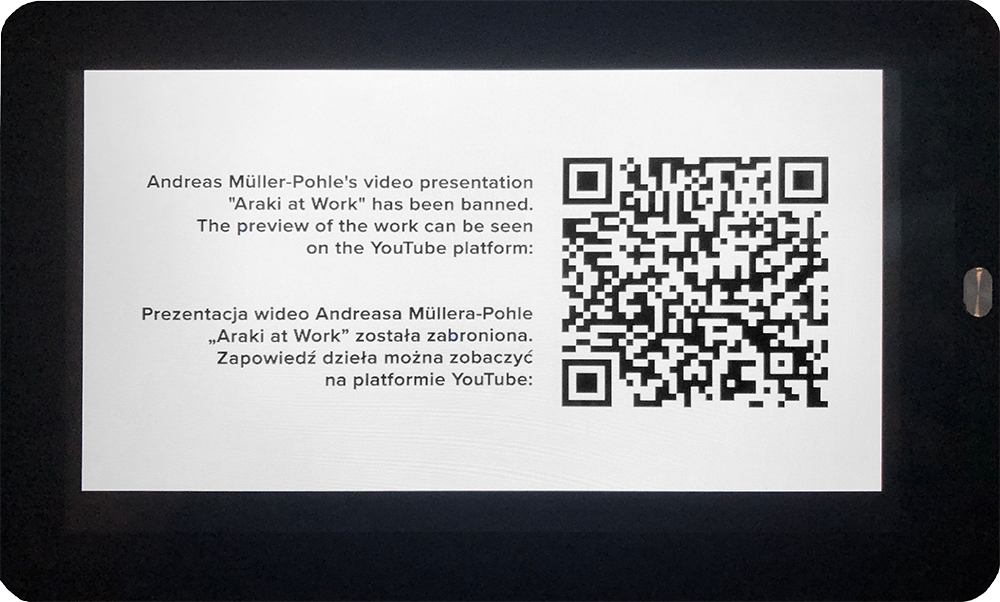 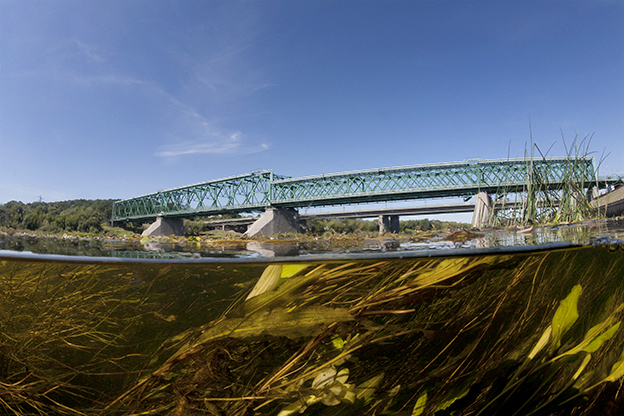 Kaunas Reservoir, 2017. From Kaunas upon the Rivers, a photo/video project resulting from a one-week artist residence on invitation of the Kaunas Photo Festival in Lithuania. Curator: Mindaugas Kavaliauskas

“The Berlin-based artist Andreas Müller‑Pohle is one of the key figures engaged in the ontological as well as representational essence of photography since the mid 1970s. Since the 1990s, he has reflected on the radical changes in the essence of technical images. The constantly reoccurring question of the encoding and meaning of information and its dialectical opposition to entropy and chance point to the mutual influence of Müller‑Pohle’s work and the thinking of the Czech-born media philosopher Vilém Flusser. The artist’s ‘select retrospective’ in Prague consists of 17 series and projects: from his influential early ‘visualistic’ series of photographs to multi media works dealing with the transition between analogue and digital codes and the newest long term projects depicting current civilization in a global perspective.” – Pavel Vančát 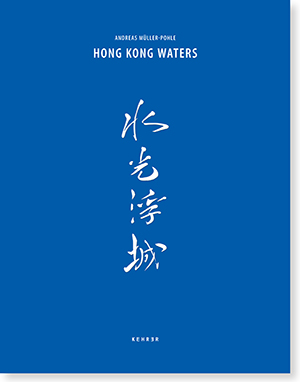 “Following his portrait of the Danube, a linear exploration of the river from source to mouth, Andreas Müller-Pohle turned his attention to the megacity of Hong Kong, tapping into it at selected points. His approach to the element of water in the series is very sensual – a real, physical plunge – and at the same time analytical, recognizing the source of all life in its changeable ecological system and as nature’s unique recycling mechanism.

Renewal, recirculation and obliteration – the artist consistently delivers vivid and precise images for this elementary cycle. Whether in his Cyclograms, in which he created photograms from shredded photo studio waste, or in his video Entropia, an equally succinct and stunning reply to every complaint about picture overload: the machine of blind destruction is a counterpart to the similarly blind, almighty information apparatus that we call computer, and the artist creates arrangements – subtle or absurd, but always poetic – that ask to what extent its language has taken control of the world.

Codes & Waters: The flow of water corresponds to the fluid nature of codes, particularly those of the digital age, as they are visualized first in Digital Scores, then in Face Codes, and lastly in the video Yumiko. Seen from this perspective they confront the fundamental criterion of analog photography: that which is rooted in fixation and definition. And it is exactly this fluidity – in addition to the qualities of simulation and lossless reproduction – that digital technology has to thank for its victory over the world of analog media.” – Boris von Brauchitsch 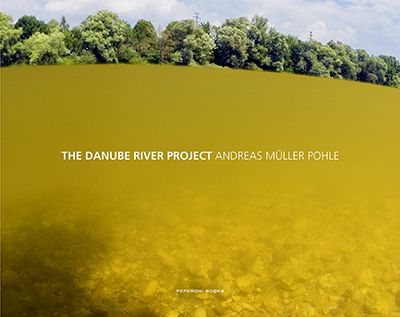 Hong Kong Arts Centre
Hong Kong Waters at Hong Kong Arts Centre, presented by Lumenvisum,
16–29 April 2011, Pao Galleries, 4–5/F, 2 Harbour Road, Wanchai, Hong Kong
“Hong Kong Waters, a photo/video/sound project by German media artist Andreas Müller-Pohle, brings two dimensions of Hong Kong together: its vertical urbanity and its horizontal alignment to the water. It is the first comprehensive portrait of Hong Kong seen from the perspective of the water, with never-before captured views of the many water sites this Asian mega-metropolis has to offer. The exhibition comprises three media: photography, using a half/half underwater technique already applied in a previous work by the artist, The Danube River Project (2005/2006); video, displayed in a variety of visual approaches to the water, from “Coasting”, where the recording camera is a plaything of the waves, to “Dark Waves”, an intriguing sight of Victoria Harbour at night; and sound, presented in the form of a water-focused audioscape of Hong Kong, composed by Japanese sound artist Shingo Inao. Hong Kong Waters was realized between January 2009 and December 2010. Hong Kong Arts Centre is the first venue to show this work.” (Tse Mingchong, Curator) – Partners: Lumenvisum, Hong Kong Arts Centre, Hong Kong Arts Development Council, HP, Creative Promotions, Authentic Vision, Hong Kong Tourism Board, Monochrom. Exhibition feature on Hong Kong TV (in Chinese language). More info at Riverproject.net. 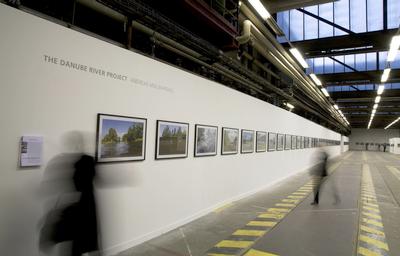 Photobook Award
The Danube River Project book has been chosen as one of 22 new international titles to receive the Photobook Award 2007/08, nominated by German writer/curator Hans-Michael Koetzle: “A good photo book is more than just the sum of its good photos. A good photo book is the visual statement of a confident author. It follows an idea, has a message, ties together a theme following a clear concept. The Danube River Project fulfils all the above mentioned criteria. As a book it portrays an engaging as well as spatio-temporal project that has to be imagined at a junction of geography and ecology, history and presence, demarcation and opening: The Danube as a leitmotif for an intelligent and explosive story in images, for which the author has created a formal aesthetic that surprises. The Danube River Project is not Andreas Müller-Pohle´s first book, but it might be his best so far. It is proof of how the theorist and photographer is able to constantly reinvent himself. – Hans-Michael Koetzle 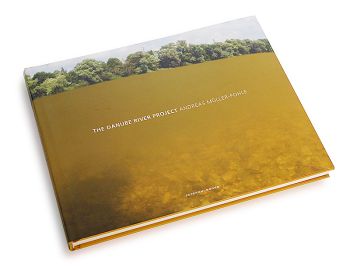 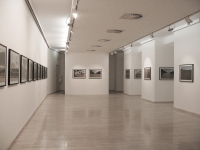 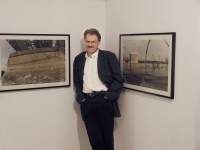 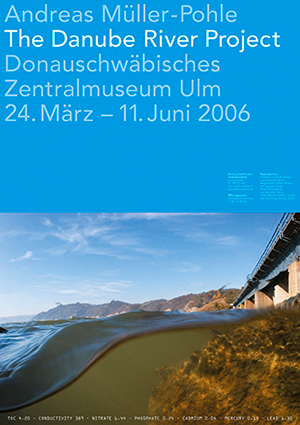 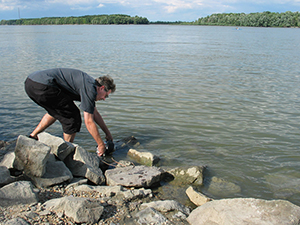 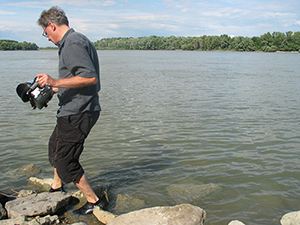 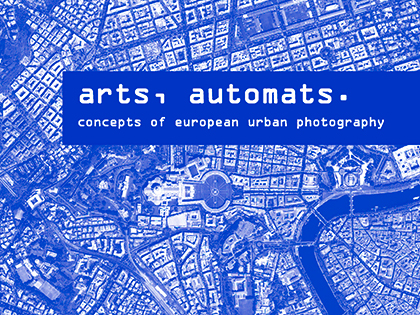